If Marshall, Parker & Weber has provided services to you, chances are Jody Lose has been involved in some way. Jody has been an employee of the firm since 2000. During these 15 years she has contributed in many different ways in many different areas. Her systemized and detail oriented approach enables our office to provide high quality services to our clients and their families.

Among Jody’s contributions: serving as a Case Manager and assisting our attorneys and clients with estate planning and gas lease planning; enhancing the firm’s document and deed processing services; and working with the firm’s Managing Attorney in the areas of human resources and accounts payable. A notary public in her fourth term of office, Jody also oversees our notary services and compliance with Department of State regulations. Prior to her employment at Marshall, Parker & Weber, Jody worked in the medical field for over 12 years.

Jody currently resides in Jersey Shore and (for those who are locals) grew up in the Harrisland area of Avis with grandparents living on either side of her. One of her fond memories was of her paternal grandmother making homemade ice cream. Sometimes it was a fruity version, but most often was coffee flavored. This must be where Jody’s obsession with ice cream started. Anyone who knows her knows that she could eat ice cream anytime of the day or night! Breyers mint chocolate chip is one of her favorites.  It is not unusual for her to have several half gallons stocked in the freezer at any given time.

Jody and her husband Randy met at the wedding of their best friends and have been married for over 30 years. But they did not start a family right away. They enjoyed camping and hiking together and attended many four wheel drive races. Randy and Jody actually had their own Jeep four wheeler with one of Randy’s brothers and Jody drove it as well.

They lived for four years in the Oval area on a 20 acre farmette before having their first born, a son named Kyle. Very soon after came another son, Sean. These two were a handful growing up, as you can imagine, being only 18 months apart. It was not unusual for their competitive tempers to flare and the next thing you knew, there would be an all-out brawl right on the front lawn (how embarrassing, what did the neighbors think). Well for this reason and others, Jody and Randy decided they had their hands full until 8 years later came their last born, another son, Nate. Three wonderful sons that Jody would not give up for the world, who could imagine having girls!

Kyle is the mechanic in the family and currently lives in the Hughesville area. Sean is a diehard Penn Stater like his Grandma and Grand Pap Lose, but his heart is torn now as a little Buckeye since he is finishing up his first year of graduate school at Ohio States’ Pharmacology Program. Jody and Randy could not be prouder. And then there is “little” Nate (because he is the youngest, not the smallest). Jody and Randy are kept very busy attending Jersey Shore football games and wrestling matches to see their youngest play.

Jody enjoys spending a lot of time outdoors in her gardens or by the pool.  Any day not below freezing you could see her grilling outside on her deck. One of the first areas to shovel after a snowstorm is the deck, “make a path to the grill!” She also enjoys hunting, fishing, bike riding, motor cycling, and kayaking in the great Susquehanna Valley of Pennsylvania. If she is not able to get outside she loves being creative, sewing, quilting, or working on her stained glass projects. Jody and her husband are looking forward to spending more time with each other as their youngest finishes up his junior and senior years of high school. For their 25th wedding anniversary, they took a magnificent trip to the island of Eleuthera in the Bahamas and can’t wait to do more traveling together. 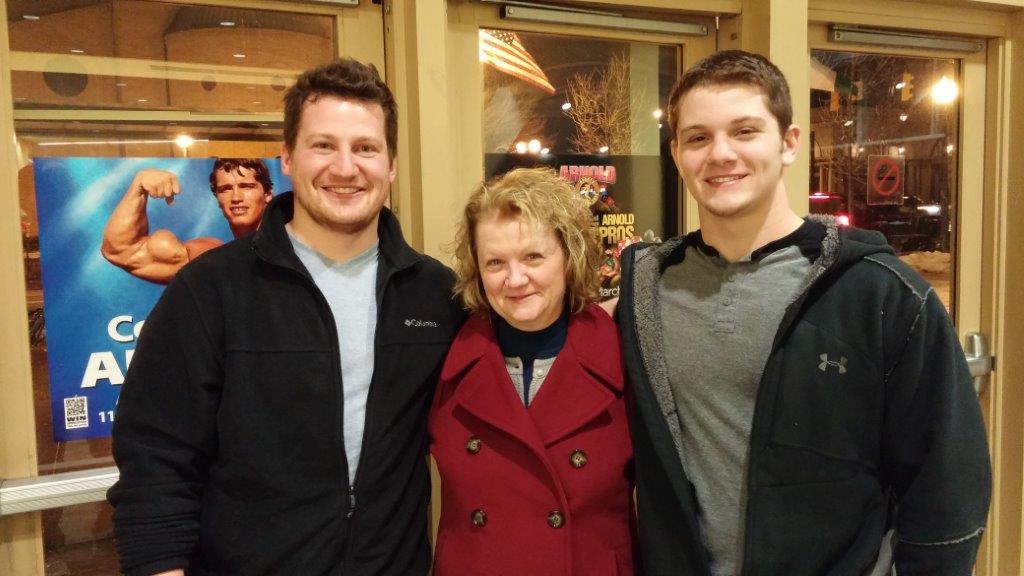